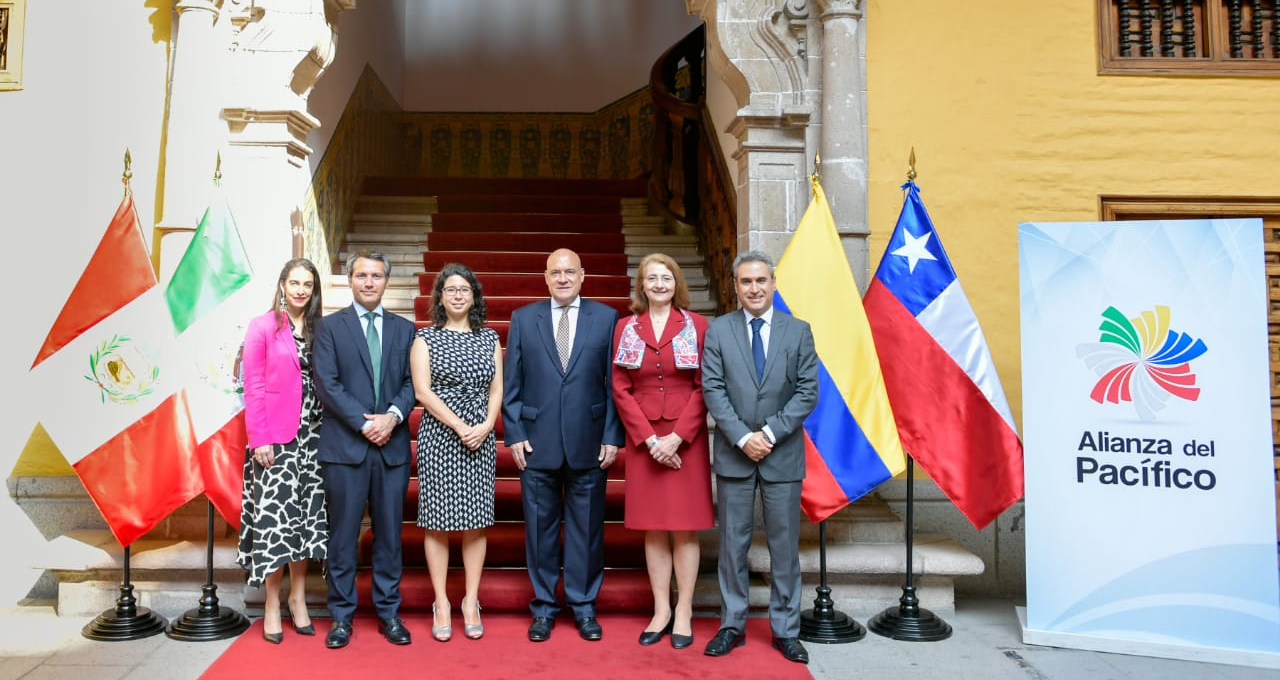 March 13th, 2020 – The Vice Ministers of Foreign Affairs and Foreign Trade of Chile, Colombia, Mexico and Peru, who make up the High Level Group (GAN, by its acronym in Spanish) of the Pacific Alliance, met in Lima, Peru, in order to evaluate strategic topics of this integration mechanism.

The GAN, at its first meeting in 2020, assessed progress in presidential mandates and issues related to the governance of the mechanism; in addition, it received the Director for the Americas of the European Foreign Service, Edit Hrdá, to discuss the current Pacific Alliance-EU agenda and identify possible cooperation actions within the framework of the Joint Declaration signed in 2019.

On the other hand, the GAN received Jessica Soto, Manager of Economic Affairs of the National Confederation of Private Business Institutions (CONFIEP) and Chapter of Peru in the Pacific Alliance Business Council (CEAP). The GAN had a detailed explanation of the actions that CEAP is developing and the actions that are being taken in the governments in this regard.

In addition, the GAN analyzed the measures that are being taken in the Pacific Alliance countries with regard to COVID-19 and agreed on the need to coordinate efforts in the face of the commercial impact that it might have.

In the framework of this meeting, the technical groups that make up the Pacific Alliance met. Likewise, the Committees that are part of the Trade Agreement of the mechanism met.

The Pacific Alliance is a regional integration initiative made up of Chile, Colombia, Mexico and Peru, officially created on April 28th, 2011. The countries of the mechanism represent the world’s eighth largest economy.