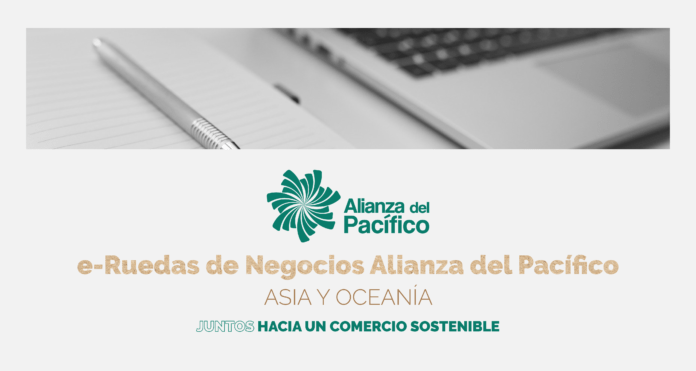 Already with the experience of 2 previous virtual meetings – with the United Kingdom and Latin America – the promotion entities start the most extensive event and with more participating exporters: 10 business days and 160 entrepreneurs from the 4 countries.

September 2nd, 2020. With nearly 160 exporters from the 4 countries of the Pacific Alliance (Chile, Colombia, Mexico and Peru) and more than 80 buyers from the markets of Australia, China, South Korea, United Arab Emirates, India, Indonesia, Japan, Malaysia, Singapore, Thailand, Taiwan and Vietnam, the third and last virtual business meeting for exporters of the Pacific Alliance began today.

The initiative is part of the action plan of the 4 promotion entities of the bloc – ProChile, ProColombia, the Ministry of Economy of Mexico and Promperu- to help exporters to face the harsh commercial consequences that the Covid-19 pandemic has left worldwide, and especially to Latin American countries.

After the meetings organized with the United Kingdom (in June) and with Intra-Alliance and Central American markets (during August) that ended with business projections for companies in the 4 markets for more than US$ 60.5 million, today begins the last one, which will connect exporters with key economies for the Pacific Alliance and in the process of reactivation of Asia and Oceania.

Given its special characteristics, volume and time zone, this third meeting is considered the most ambitious of all. From today until September 11, it is estimated that 450 business meetings will be held with the buyers called for the occasion.

In terms of participation by countries, there will be 40 exporters from each of them. On this occasion, they will only be from the agrifood sector, since it has a lot of potential in the countries of the Pacific Alliance, and one of the sectors with the greatest demand in Asia. At the same time, it is a sector that has been hard hit by the pandemic.

In order to know in detail, the opportunities offered to PA exporters by the markets of Asia and Oceania, preparation sessions were held to better address business meetings with buyers from that region, during the week prior to this meeting.

Firstly, seminars were given on “how to do business” with Asian markets and their current economic situation.

In addition, other topics that have become key during this period, such as e-commerce and sustainability, were addressed. Through presentations given by specialists in both subjects, as well as specific cases of companies from the 4 countries that are implementing this type of measures in their production and commercialization, close to 100 exporters were able to learn about the latest in both trends.

The third and last e-Business Roundtable will end on September 11, and thus will end this virtual initiative that was carried out to replace the traditional Pacific Alliance Business Roundtable, given the impossibility of carrying it out due to the border closures that occurred as a result of the Covid-19 pandemic.

The PA e-Business Roundtables have become an unprecedented initiative, by carrying out this type of meeting completely online and for exporters from 4 countries in parallel.