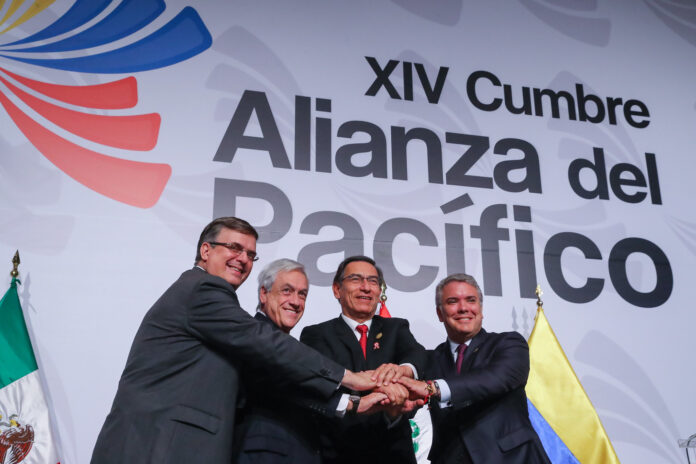 At the end of the XIV Pacific Alliance Summit on July 6th in Lima, Peru, the Presidents of Chile, Sebastián Piñera; from Colombia, Ivan Duque; from Peru, Martín Vizcarra and the Mexican Foreign Minister, Marcelo Ebrard, signed the Lima Declaration as well as various agreements among which the Declaration on Sustainable Plastics Management stands out.

This agreement highlights the importance of developing and implementing new policies in order to promote the integral management of plastics, reduce the use of single-use plastics, in addition to reducing the presence of this waste in ecosystems and preventing pollution.

In addition, it should be noted that the eighth point of the Lima Declaration expresses the approval of the four governments for the subscription of this Declaration which exemplifies the sustained commitment of the Pacific Alliance to the achievement of the 2030 Agenda and its Sustainable Development Goals of the United Nations.

Members of the Pacific Alliance also pledged to work for the conservation and sustainable use of oceans, seas and marine resources.