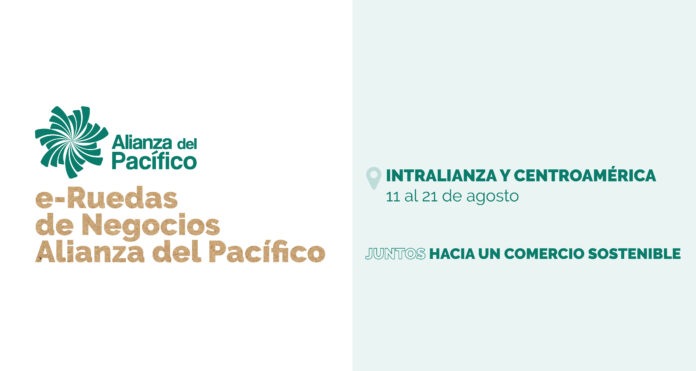 These results correspond to the second virtual business roundtable organized by the 4 PA promotion entities. The online business meetings, which have replaced the traditional Business Macro-round that was suspended because of Covid-19, have already been used by 156 exporters from the 4 countries.

August 25th, 2020. With the intention of reducing losses for exporting companies in Chile, Colombia, Mexico and Peru in the context of the Covid-19 situation at a global level and the consequent contraction of foreign trade, the four promotion entities of the Pacific Alliance -ProChile, ProColombia, the Ministry of Economy of Mexico and Promperu- completed the second of three virtual business meetings, this time with buyers from the region.

In fact, 106 exporting companies participated in this Intra-Alliance and Central America e-Roundtable, which held 433 meetings with importers from Chile, Colombia, Mexico, Peru, Costa Rica, El Salvador, Guatemala, Honduras, Nicaragua and Panama. During one week of negotiations, and according to the buyer’s estimate, business for US$ 43.5 million would be closed in the coming months.

At the sectoral level, 85% of the appointments were for Food exporters, while the remaining 15% corresponded to the Manufacturing sector. Companies from the following sectors participated: processed food, bee products, nuts, seafood, coffee, cocoa and beverages, as well as health supplies and drugs; medical instruments and devices; cosmetics industry and personal hygiene products; containers and packaging; metalworking and other industries.

Apart from the future business projections, this second e-Business Roundtable resulted in the immediate concretion of business for US$ 2.06 million.

According to ECLAC estimates, during 2020 Latin American exports to the world will be reduced by 10.7%, having China as the destination with the greatest contraction (21.7%). While shipments to the United States and the European Union would each contract by over 7% annually, these being the main destinations of the Pacific Alliance.

In this context, the promotion entities defined this second meeting in the Latin American region, in order to boost economic recovery, and through e-commerce. Today, thanks to the trade agreements signed, 98% of the commercial exchange between the countries of the bloc has zero tariff, which encouraged the realization of this virtual meeting to promote intraregional trade.

These results were the prelude to the third and last edition of the virtual business roundtables. In the first two versions, 156 exporters from the four countries have participated and have met with 81 buyers from 11 nations, leaving to date potential business for US$ 60.5 million.

The meetings with buyers from Asia and Oceania will start on September 2nd.