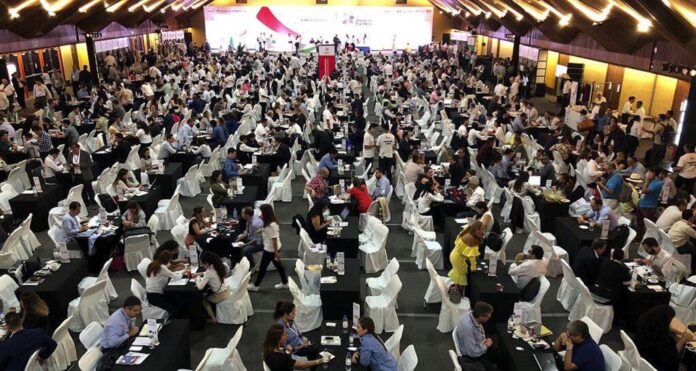 From its formation until today, Chile, Colombia, Mexico and Peru, countries that make up the Pacific Alliance, have been articulating efforts to turn this block into a leader in business and opportunities, resulting in its position as the eighth largest economy in the world and export power.

In Latin America and the Caribbean, the bloc accounts for 37% of GDP, it concentrates 52% of total trade and attracts 45% of foreign direct investment.

In April 2011, the Pacific Alliance was created with the aim of achieving the development and competitiveness of the Member States, to overcome socio-economic inequality, to promote the social inclusion of its inhabitants and to become a projection platform to the world with special emphasis on the Asia-Pacific region.

In order to achieve these objectives, activities have been performed focused on obtaining greater competitiveness, as well as growth and development in trade, which will be achieved with the progressive advance of the free movement of goods, services, capital and people.

The joint work of the member countries is evidenced by the massive presence of entrepreneurs of the bloc in different activities and promotion fairs that take place around the world, both their own and those organized by other entities.

Among the most representative activities carried out by the Pacific Alliance since its creation, is the Entrepreneurship and Innovation Forum LAB4+, which in its six editions has had the participation of 6.192 attendees.

Also, the Women Entrepreneurs Leaders Forum, which, in its four versions, has generated US $9.4 million in business expectations.

On the other hand, the Pacific Alliance Business Matchmaking, in its six editions, has accumulated US $861.8 million in business. It is important to mention that the Business Meeting has become the main platform that brings together important leaders and entrepreneurs of the region, both from the bloc countries and from some observer States.

It is worth highlighting the implementation of the Investment Opportunities Forum of the Pacific Alliance with the participation of the Heads of State of the bloc, which is held every year in New York, United States and that has brought together the most important companies worldwide, interested in doing business or financing projects in the member countries.

Tourism has also been a priority topic for the Pacific Alliance, for this reason the Tourism Business Matchmaking, the Tourism Roadshow in China and the Tourist Caravan have been carried out.

In Addition, the Pacific Alliance has been present at international fairs with excellent business expectations such as Sial (France), Lateinamerika Tag (Germany) as well as panels such as “The London Produce” (United Kingdom).

Every year is a new challenge for this economic bloc, which expects in the medium term to be placed in a better position among the economies of the globe for the development and benefit of its more than 225 million inhabitants.